Cabrini De Loco, 53, is a lifelong Florida resident and successful business owner. He believes himself to be perfectly sane and has every reason to feel that way. He graduated top of his class from the University of Miami, he has played bit roles in independent films and commercials, and he has always been held in high regard by his local community. Until recently. 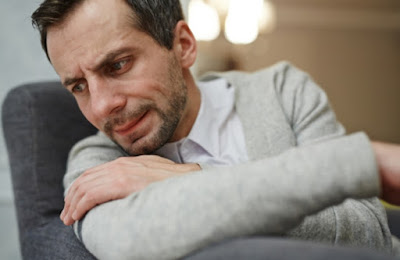 “People think I’m delusional,” said De Loco, “but I know what’s happening.” It all began two weeks ago, when De Loco was finishing up some last minute yardwork. “I was packing up some things in the shed, when out of the corner of my eye I see a giant red Froot Loop, round as a button, creeping around by the hedges. It had no arms or legs and it was hovering about a foot above the grass. It put a fear in me, let me tell you. The damned thing started coming at me, and I just booked it – ran from the backyard all the way to the nearest store, before I had to stop to catch my breath.”

That was the beginning of 14 days of fear and paranoia, he says. In fact, he claims, that same night he found the excessively large, autonomous piece of cereal just outside his living room window, seeming to peer at him through the glass. “But there are no eyes, so who can know for sure?” De Loco’s voice trembles as he holds back tears. “What does it want, huh? Since that day, I’ve seen it lurking about almost everywhere I go. The post office, the bank, the mini mart, outside the Pizza Hut. It’s chased me several more times, almost got me once or twice.”

The worst part, De Loco says, is that Froot Loops used to be his favorite cereal. “I tried having it again, after this whole ordeal started. I poured myself a bowl one morning and just kind of sat there and stared, watching those dreadful ring-shaped pieces float together in the milk. Each one of them might have been an O, but to me they spelled disaster.” 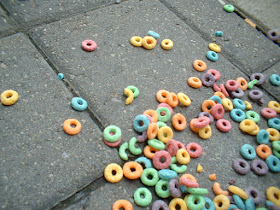 De Loco says he tried to tell his neighbors, and even filed a police report, all to no avail. “They look at me like I’m crazy. To be frank, I know that claiming you’re being stalked and harassed by cereal can come across as rather unreasonable. So I’ve tried to get photograph evidence, but this O is a clever one. He always runs off before I can get a good picture, the evasive devil.”

Asked what he plans to do going forward, De Loco admits it might be time to put aside his fear, and try and communicate with the Froot Loop. “I’m starting to feel like maybe he’s not trying to hurt me. Maybe he’s trying to warn me about something. I mean, his people are bagged and boxed every day, to be consumed by the public. Maybe he’s had enough, and he believes the wholesale killing and consumption of his kind has to stop. If that’s worth fighting for, maybe he and I ought to sit down and talk. I’ve always been an advocate for justice. Whatever I need to do, I’ll jump through hoops to get it right.”